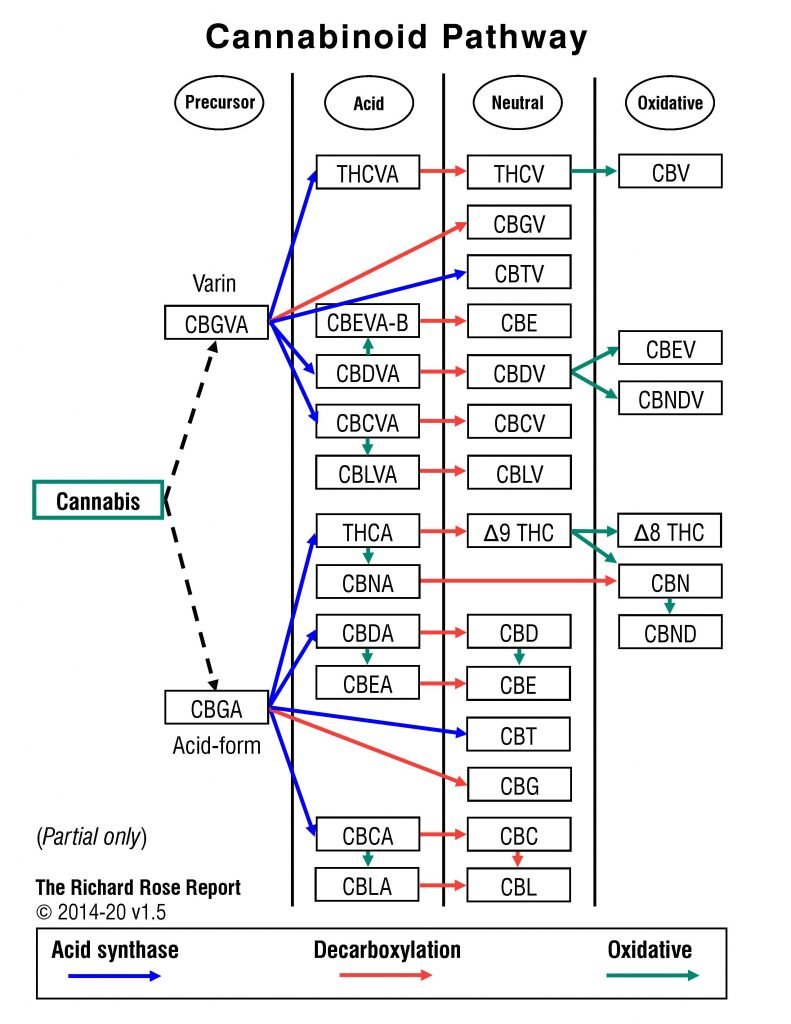 Even At 2% THC, Hemp is Not a Diversion Threat

September 18, 2020
The issue of max THC in hemp is hot right now, but it was back in 1998 as well, in Canada. Health Canada is like the FDA, so it would be as if FDA licensed all the hemp farms in the US instead of USDA. While it is regulated like a drug not an agricultural … Continue reading "Even At 2% THC, Hemp is Not a Diversion Threat" ...
Read more...

September 16, 2020
In case someone actually thinks roadside drug testing has something to do with safety, note they don’t test for opiates or benzos, which is the drug most involved in crashes. Also, ganja use has little impact on crashes: “ABSTRACT The starting point for this review was a literature search that identified eleven epidemiological studies of … Continue reading "Pot Smokers Are Safe Drivers" ...
Read more... 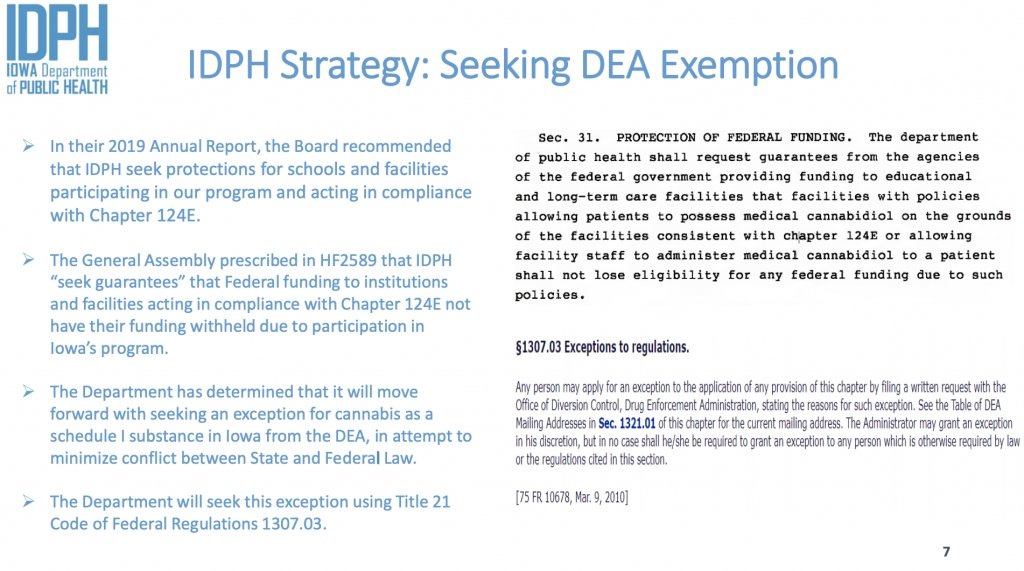 September 15, 2020
While we’ve all believed descheduling of marijuana was the goal at the federal level, there has always been another path staring us right in the face the whole time: a “1307.03 Exemption” to the Controlled Substances Act (CSA). It accomplishes the same result, that of removal of marijuana from Schedule 1. The conflict between federal … Continue reading "1307.03 Exemption: A New Tack for Legalization?" ...
Read more...

September 2, 2020
Hemp Threads: Weaving an Industry- “The Hemp Nut,” an Interview with Richard Rose. With host Dan Isenstein of Hemp Highway of Kentucky. See it here: https://youtu.be/qPmmafdOeqs Click to SAVE as a PDF ...... Click to PRINT ...
Read more...

How To Legalize CBD Hemp Foods in Each State

September 1, 2020
Why and how to legalize all hemp flower products including flowers and naturally-occurring CBD, in each state. ...
Read more...

August 30, 2020
I maintain the GRN-778 for hempseed oil made GRAS the cannabinoids such as THC and CBD contained therein. The key word is “added” (if it is already naturally and unavoidably present in the hempseed oil, then it is not “added”): 10. Is it legal, in interstate commerce, to sell a food (including any animal food … Continue reading "CBD = GRAS?" ...
Read more...

Hemp Saves Family Cut Off From the World 40 Years

August 29, 2020
A family living deep in the Siberian forest lost contact with the world for 40 years. What kept them alive? Hemp. “Clothes were patched and repatched until they fell apart, then replaced with hemp cloth grown from seed.” “By the time the Lykovs were discovered, their staple diet was potato patties mixed with ground rye … Continue reading "Hemp Saves Family Cut Off From the World 40 Years" ...
Read more...

Tell the DEA What You Think About Cannabis and Hemp Here

August 27, 2020
The U.S. Drug Enforcement Administration (DEA) opened a 60-day comment period on its proposed Interim Final Rule on hemp. It’s rare The People get to talk directly to DEA in an official Comment Period about its bad policies on Cannabis, such as still being on Schedule 1 (“no medical value”) after 50 years, or DEA … Continue reading "Tell the DEA What You Think About Cannabis and Hemp Here" ...
Read more...

August 25, 2020
UPDATE: it appears AB 228/2028 is dead in this session. Expect it to be revived next year. The research institution changes alone would have sunk most research. Adding the Harmonized Tariff Code language included hemp fiber to it, they were likely aiming for imported biomass. Like other marijuana states, they want CBD in dispensaries where … Continue reading "California Trying to Kill Hemp? (Again)" ...
Read more... 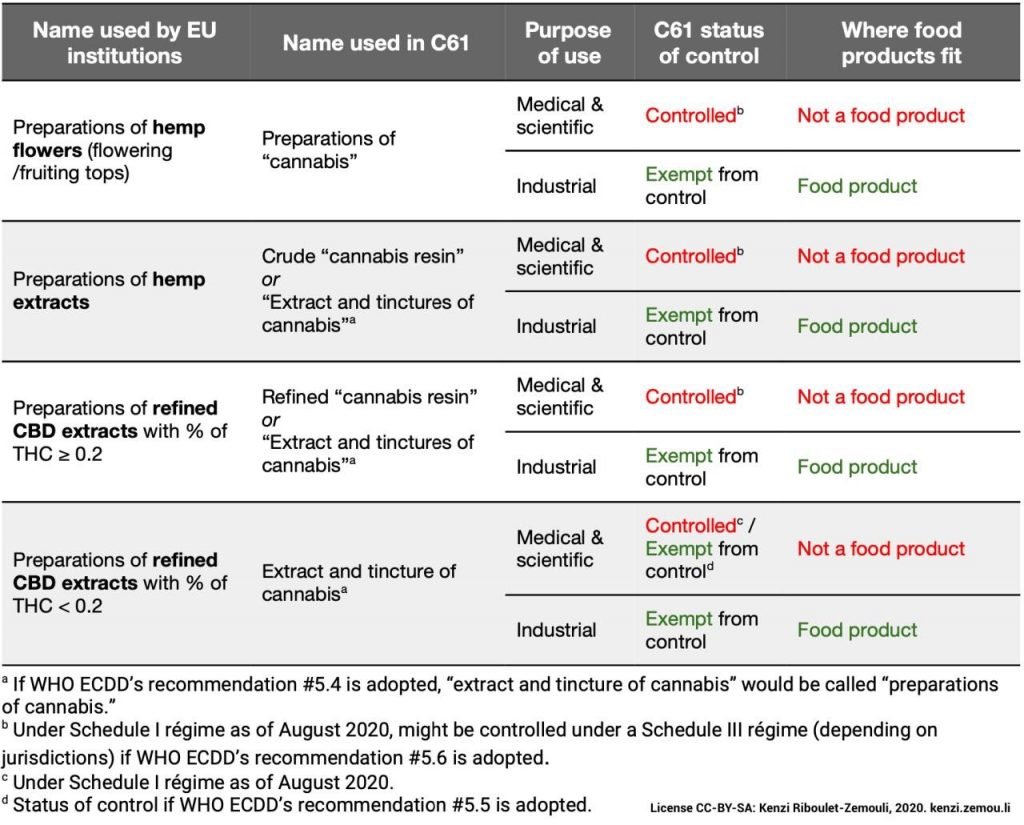 August 21, 2020
The Single Convention Treaty on Narcotic Drugs is the document bureaucrats have allowed to compromise every country’s sovereignty to the United Nations in Europe, including the US. It’s the reason many nations have laws on drugs, controlled substances. According to that Treaty, all parts of the industrial hemp plant are LEGAL, and exempt from control. … Continue reading "U.N.: Hemp 100% Legal" ...
Read more...

VP Harris Is The “Anointed” One

August 16, 2020
If elected, VP candidate Kamala Devi Harris will be one heartbeat away from the Presidency. Despite commuting Roger Stone’s sentence, the Cannabis industry’s inside man in DC, Trump didn’t legalize like many thought he would. He could still use it as an October Surprise, just to “own the libs.” Since we have no choice this … Continue reading "VP Harris Is The “Anointed” One" ...
Read more...

August 14, 2020
Although Kamala Harris was literally a prosecutor of the war on marijuana, her views have evolved. She and drug war architect Joe Biden are the perfect ones to reverse 83 years of unpopular, racist, unconstitutional laws against pot. They owe society that much. After 4 years of Trump, the whole country will need it to … Continue reading "Kamala Harris on Marijuana (Video)" ...
Read more...
Click to SAVE as a PDF ...... Click to PRINT