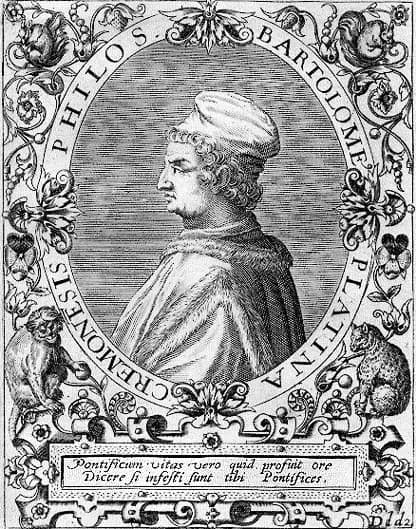 In the “oldest cookbook ever written,” known as “De Honesta Voluptate Et Valetudine” (“Of Honest Voluptuousness and Health“), is a 543-year old drink recipe calling for Cannabis/hemp flower products. It is even decarbed in “nard oil” (spikenard or muskroot, aromatic amber-colored essential oil derived from Nardostachys jatamansi, a flowering plant of the valerian family).

Written in 1465 by Bartolomeo Platina, it first appeared between 1470 and 1475 in Rome, and in 1475 in Venice. Written in Latin, it was largely a translation of recipes by Martino da Como from his “Libro de Arte Coquinaria” (ca. 1465). The book was frequently reprinted over the next century, and translated in French, German and Italian.

The English Translation of the recipe is:

To make cannabis yourself known as flax for thread [a fiber hemp variety, the only kind they know]

Taken as food in wine or cake

Add cannabis to nard oil in an iron pot

A health drink of cannabis nectar

Carefully treat food and divide for the stomach and the head

finally remember everything in excess may be harmful or criminal.