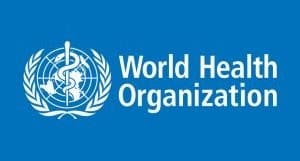 Note the institutional fear of people using anything “recreationally” (which doesn’t even exist, ALL use of Cannabis is medicinal whether or not the patient wants it to be):

“To date, there is no evidence of recreational use of CBD or any public health related problems associated with the use of pure CBD.”

I still say, after personal experience, that CBD to THC (or a metabolite) conversion is possible. Here, they give you the blueprints to do so:

“3. Ease of Convertibility Into Controlled Substances

There is some evidence that CBD can be converted to tetrahydrocannabinol (THC), a Schedule 1 substance under the United Nations Convention on Psychotropic Substances 1971. Two main methods have been reported and there has been some investigation into whether this occurs spontaneously in vivo.

Conversion in the laboratory

Under experimental conditions, it has been demonstrated that heating CBD in solutions of some acids catalyses cyclizations within the CBD molecule resulting in delta-9-THC [28]. Gaoni and Mechoulam have published several papers regarding methods of converting CBD to other cannabinoids including THC, however the yields vary and purity is unclear. [9] A version of this method has been reported on a drug user forum. It suggests dissolving CBD in sulphuric acid/acetic acid and leaving it for anywhere from 3 hours to 3 days to obtain delta-9-THC and delta-8-THC. After 3 hours, the author states that CBD has been converted into 52% delta-9-THC and 2% delta-8-THC [31]. A patent (US 2004/0143126 A1) on the conversion of CBD to delta-9-THC details a method involving the addition of BF3Et2O (50 μl), under nitrogen atmosphere, to an ice cold solution of CBD (300 mg) in dry methylene chloride (15 ml). The solution is stirred at 0° C for 1 hour, followed by the addition of saturated aqueous solution of NaHCO3 (2 ml) until the red colour fades. The organic layer is removed, washed with water, dried over MgSO4 and evaporated. The composition of the oil obtained (determined by HPLC) is: trans-delta8-isoTHC 27%, delta-9-THC 66.7%. The oil is then chromatographed on silica gel column (20 g) and eluted with petroleum ether followed by graded mixtures, up to 2:98 of ether in petroleum ether. The first fraction eluted was the delta8-isoTHC (30 mg, 9.5%) followed by a mixture of delta8-iso THC and delta-9-THC (100 mg). The last compound to be eluted was the delta-9-THC (172 mg, 57%). The purity of delta-9-THC (as determined by HPLC) is 98.7%. [29]

It has been proposed that the conversion of CBD to delta-9-THC in the presence of acid could occur in the human gut. Such conversion could be of importance if CBD is administered orally. Two in vitro studies have used simulated gastric fluid to demonstrate the potential for this conversion. The first reported the formation of analytically confirmed delta-9-THC and delta-8-THC when CBD was exposed to simulated gastric fluid without enzymes at 37ºC. The authors concluded that that the acidic environment during normal gastrointestinal transit could expose orally CBD-treated patients to levels of THC and other psychoactive cannabinoids that may exceed the threshold for a physiological response. [30] The second in vitro study also reported the formation of delta-9-THC along with other cannabinoid products in artificial gastric juice without pepsin. The conversion rate of CBD to THC was only 2.9%. [31]

The predictive value of these in vitro studies for humans administering cannabidiol orally has been questioned as simulated gastric fluid does not exactly replicate physiological conditions in the stomach. [32] Furthermore, spontaneous conversion of CBD to delta-9-THC has not been demonstrated in humans undergoing CBD treatment. For example, in a six week clinical study in Huntington’s disease patients who were administered CBD 700 mg/day, the CBD average plasma concentration range was 5.9-11.2 ng/mL with no delta-9-THC detected. [33] In humans, THC effects are characterised by impairment of psychomotor and cognitive performance, and a range of physical effects including increased heart rate and dry mouth. In general, clinical studies have reported that even high doses of oral CBD do not cause the those effects that are characteristic for THC and for cannabis rich in THC.[34] For example, in a study of healthy volunteers administered 200mg oral CBD, CBD did not produce any impairments of motor or psychomotor performance.[35] A number of other studies involving high doses of CBD were recently summarized by Grotenhermen et al.[34]; they concluded that high doses of oral CBD consistently fail to demonstrate significant effects or demonstrate effects opposite to those of THC. While it has been suggested that further large-scale human studies are needed to explore the gastric conversion and potential THC-like side effects following oral CBD administration [36], it is very unlikely that oral cannabidiol will be shown to result in THC concentrations sufficient to induce any meaningful effects.”

The potential toxic effects of CBD have been extensively reviewed [49] with a recent update of the literature. [50] In general, CBD has been found to have relatively low toxicity, although not all potential effects have been explored. The following are some of the relevant findings to date from in vitro and animal studies:

• CBD affects growth of tumoral cell lines, but has no effect in most non-tumour cells. However, a pro-apoptotic effect has been observed in lymphocytes.

• It has no effect on embryonic development (limited research)

• Evidence on potential hormonal changes is mixed, with some evidence of possible effects and other studies suggesting no effect, depending on the method used and the particular hormone

• It has no effect on a wide range of physiological and biochemical parameters or significant effects on animal behaviour unless extremely high doses are administered (eg, in excess of 150 mg/kg iv as an acute dose or in excess of 30 mg/kg orally daily for 90 days in monkeys)

• There is potential for CBD to be associated with drug interactions through inhibition of some cytochrome P450 enzymes, but it is not yet clear whether these effects occur at physiological concentrations.”

Controlled, human studies regarding the potential physical dependence effects (e.g. withdrawal and tolerance) of cannabidiol have not been reported.”

And how did they miss the fact that CBD is a powerful food preservative?

And here, you see why DEA recently made an administrative change for its licensees:

“17. Current International Controls and Their Impact

Cannabidiol is not listed in the schedules of the 1961, 1971 or 1988 United Nations International Drug Control Conventions.[80]

“18. Current and Past National Controls

United Kingdom: A statement was issued by the Medicines and Healthcare products Regulatory Agency (MHRA) in 2016 that products containing CBD used for medical purposes are considered as a medicine subject to standard licensing requirements. [81]

United States: CBD is one of many cannabinoids present in cannabis, and as such is in schedule I of the Controlled Substances Act. However in December 2015, the FDA eased the regulatory requirements to allow researchers to conduct CBD trials. The Drug Enforcement Agency (DEA) stated that these modifications are intended to streamline the research process regarding CBD’s possible medicinal value and help foster ongoing scientific studies. [82]

Canada: CBD is specifically listed in ‘Cannabis, its preparations and derivatives’ as a controlled substance listed in Schedule II Controlled Drugs and Substances Act. However, in 2016 Canada’s Access to Cannabis for Medical Purposes Regulations came into effect. These regulations improve access to cannabis used for medicinal purposes, including CBD. [83]

Australia: In 2015, CBD in preparations for therapeutic use containing 2 per cent or less of other cannabinoids found in cannabis was placed in Schedule 4 as a ‘Prescription Only Medicine OR Prescription Animal Remedy’. Previous to this it was captured in Schedule 9 as a prohibited substance.[84]

New Zealand CBD is a controlled drug, however many of the restrictions currently imposed by the regulations will be removed by the end of 2017. The changes will mean that CBD products, where the level of other naturally occurring cannabinoids is less than 2% of the cannabinoid content, will be easier to access for medical use. [85]

Switzerland: CBD is not subject to the Narcotics Act because it does not produce a psychoactive effect. It is still subject to standard Swiss legislation. [86]”

In the “Annex 1: Report on WHO Questionnaire for Review of Psychoactive Substances for the 39th ECDD: Evaluation of Cannabidiol” is:

“Data was obtained from 57 Member States (7 AFR, 4 EMR, 25 EUR, 7 PAH, 2 SEAR and 12 WPR) for the WHO Questionnaires for the Review of Psychoactive Substances. A total of 45 Member States answered the questionnaire regarding Cannabidiol. (CBD) Of these, 24 respondents had information on the substance.”

“Three countries reported that CBD was smuggled from other countries.”

“One country identified alternative medicine patients to be a subpopulation known to misuse CBD.”

“The country that reported a substantial level of negative health-impact indicated that this level was chosen due the cultivating of illegal cannabis plants and the illegal importation of cannabis plants.