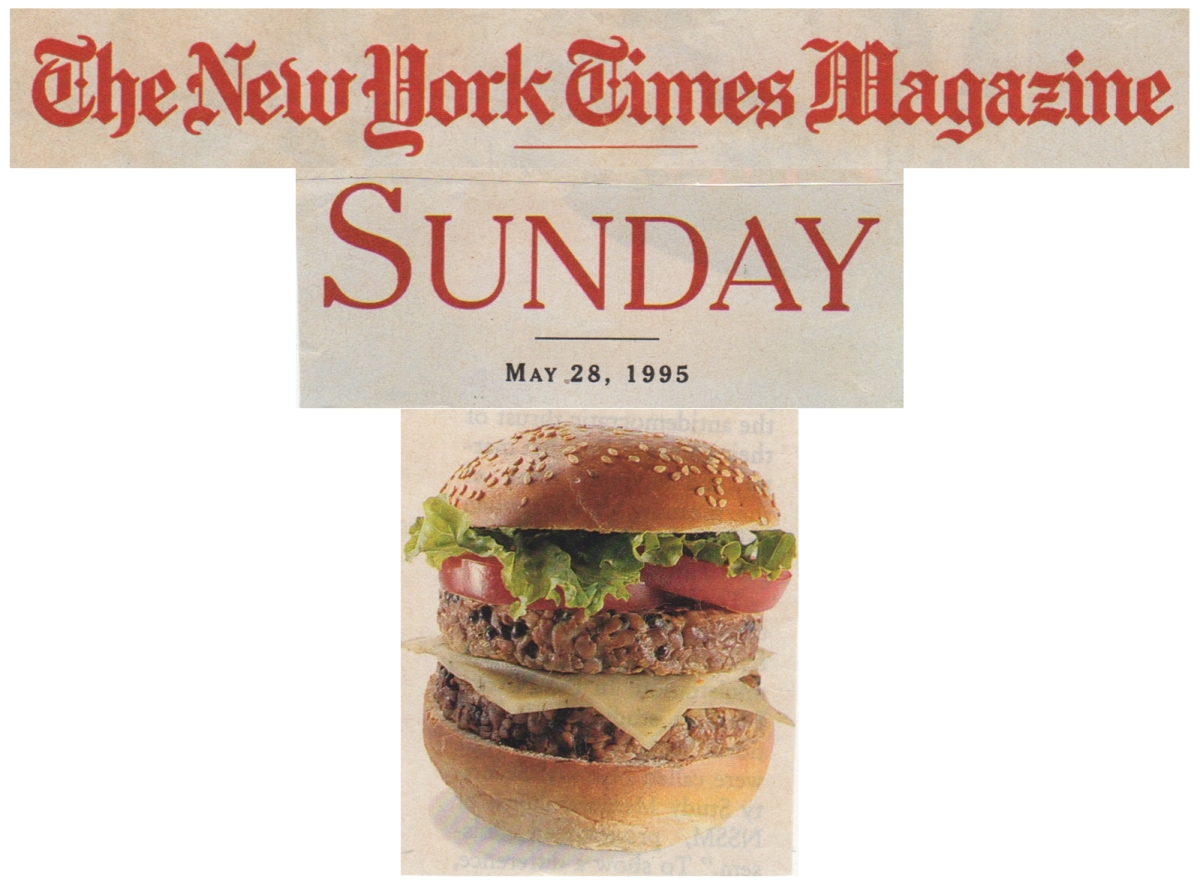 In May of 1995 the Sunday New York Times Magazine gushed about Hempeh Burger, and included a picture. Authentic momentum is hard to create, but when it happens, it’s magic. Like this.

Carnivores and vegans alike enjoyed the hearty taste, made with real food not powders. The first hemp burger was also vegan, high in fiber, gluten-free, keto-friendly, and sold coast-to-coast, 1994-2002.

No, it won’t get you high. In fact, it’s supposed to be healthy. The Hempeh Burger, shown below, introduced last month by Sharon’s Finest, a California health food company, does contain cannabis seeds, but from a nonhallucinogenic variety of the plant.

This kind of cannabis is known as hemp, and it’s getting more and more popular. Hemp paper is on the market. Shoes made with hemp sell at Bloomingdale’s. There is hemp skin lotion, hemp shampoo and even lingerie that is part silk and part hemp. For the burger, hemp seeds, which are rich in protein and essential fatty acids, are mixed with soybeans and rice to make a hemp version of tempeh (soy cake).

Most nonhallucinatory cannabis used in the United States is imported from China and Eastern Europe. It’s been illegal to grow the stuff here since the 1937 Marihuana Tax Act. But in Colonial times hemp was an important crop, and so thoroughly American that the Declaration of Independence was drafted on hemp paper.