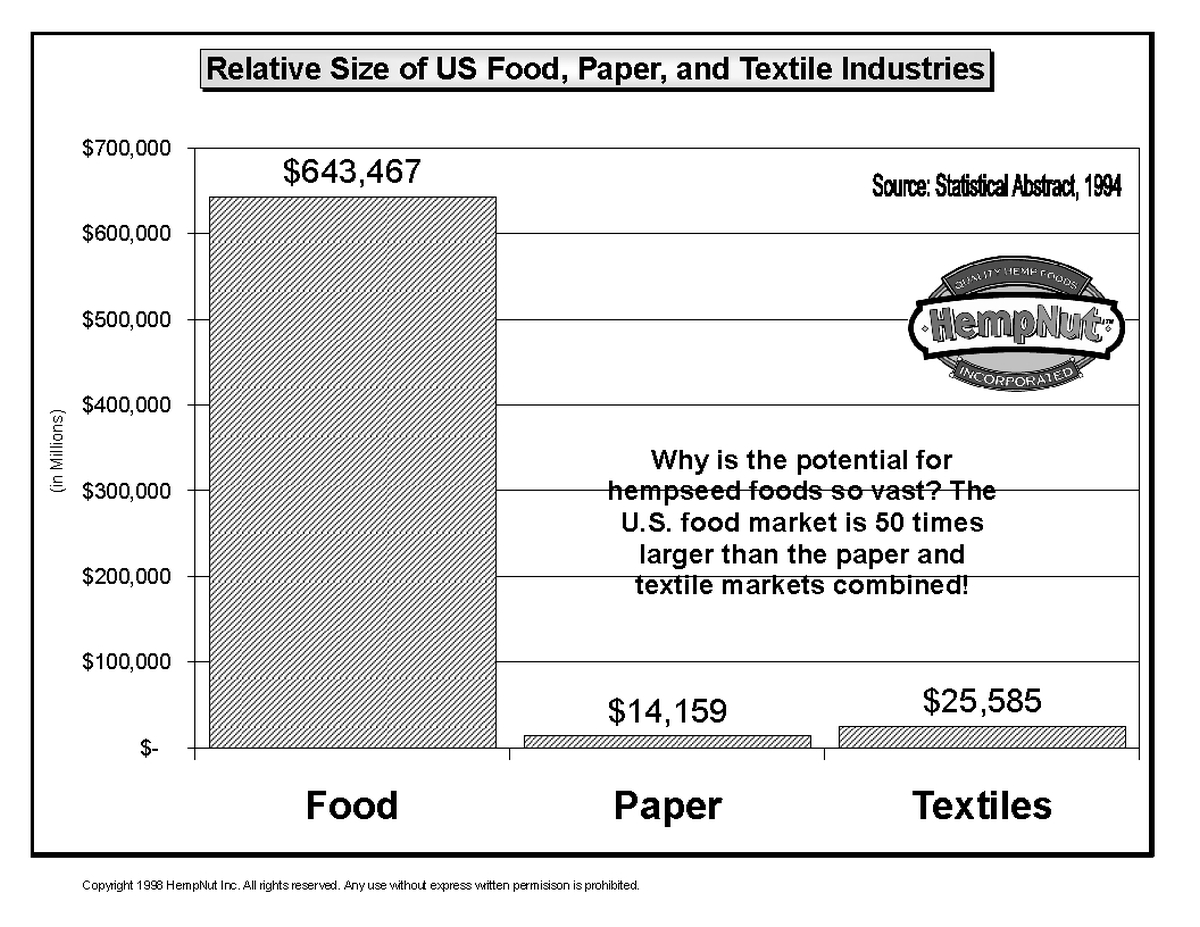 In 1998 at the North American Industrial Hemp Council (NAIHC ) conference, I was on a panel with Anita Roddick, founder of The Body Shop which was the first large multi-national company to use hempseed oil in its products. She was a vigorous defender of hemp from small-minded people who didn’t want a 3-foot tall hemp leaf in The Body Shop window display in malls and airports around the world (see one of her ads at left). She also financed a documentary on Cannabis activist Jack Herer called “The Emperor of Hemp.”

Anyway, after I talked about the potential for hemp food and presented this slide, it was her turn. She began by saying that she just then had the same epiphany about hemp foods that she had about hempseed oil for her products years earlier.

As it turned out, this was the slide which convinced a few to get into hemp food, including the founder of Nutiva who told me “if you didn’t want competition you shouldn’t have shown that slide.” A year later Nutiva, Inc was born to compete head-to-head with HempNut, Inc, selling the product I pioneered (shelled hempseed) to my customers, at a higher price with no marketing budget. This was after picking my brain many times as the “non-competing Secretary of your trade association, NAIHC.” A compost bin salesman who wanted to move up the food chain, he even hired my former CEO and copied my business model. This is also the year the Canadian company was started by a couple of, er, “indoor farmers.”