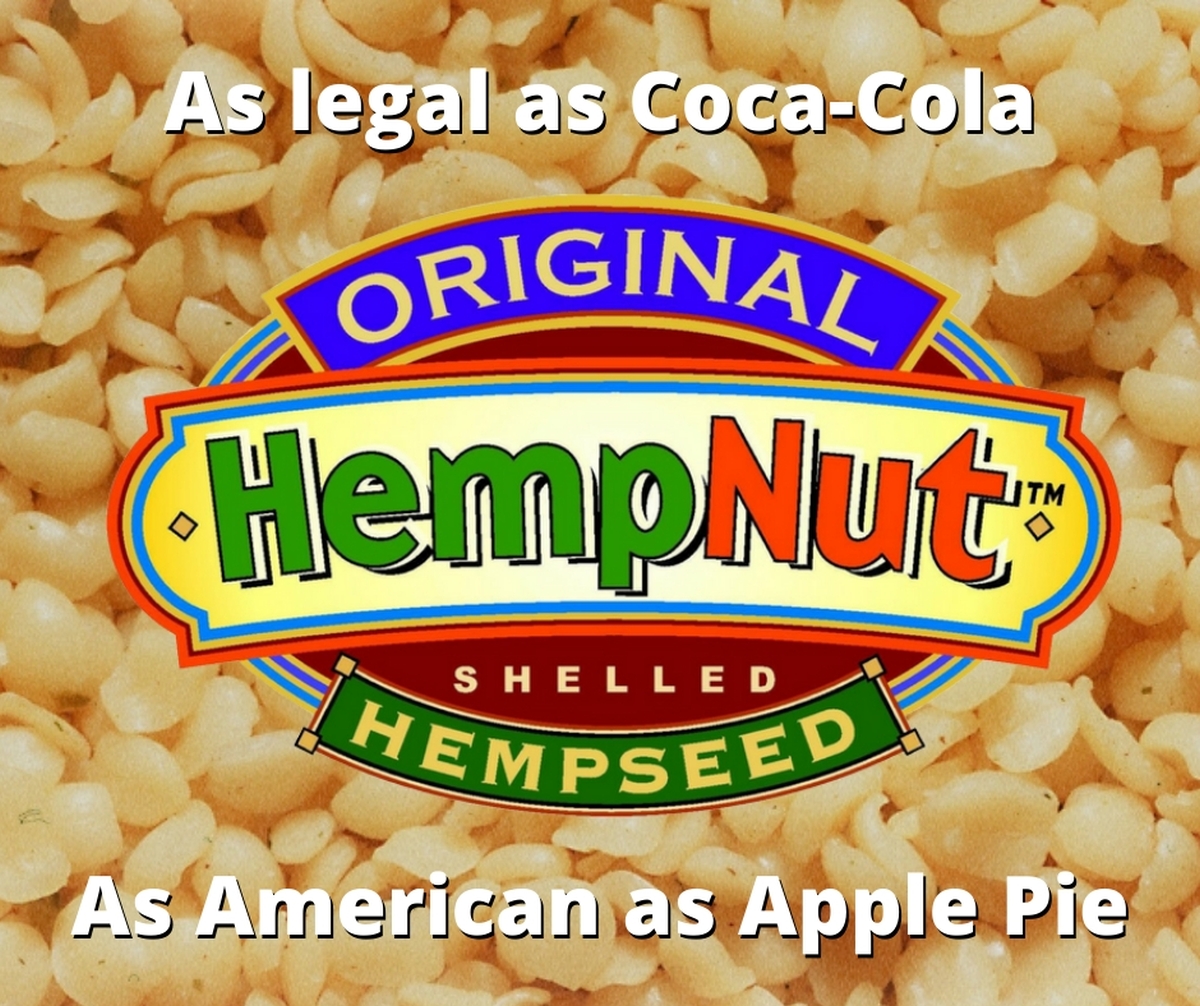 How did hemp food go from zero to hero in just twenty years, 90% of Canadian hemp and hemp’s first billion dollar industry? It wasn’t by accident or a fluke, but due to a concerted campaign by advertising, PR, and food industry professionals with a vision of “what should be.” Already infamous for clever ads, like not milk? and Experts Prefer TofuRella, we applied what we learned from marketing tofu for the 14 years prior.

Over $250,000 was spent on professionals and advertising over just a few years starting in 1995, years before today’s hempseed companies even started. Now you know why they did!

That’s how hemp foods got tons of press and millions of impressions, from hundreds of small-town newspapers to the LA Times, several dozen TV news and radio shows, plus national TV.

Pamela and Maria continued to work with us into the new millennium, generating 38 million primary impressions in the U.S. in trade and consumer magazines, newspapers, radio, and national TV. In fact, on November 8, 2000, millions of people around the world went to CNN.com to see who was the new U.S. President. The lead feature was written by Maria on our HempNut shelled hempseed, CNN ran it word-for-word including 3 recipes.

For millions of people around the world, it may have been their first inkling that hemp could be food, even if we wouldn’t know who would be President for another few months.

We also used animated Banner ads, they were huge back then; little videos in an otherwise static internet:

SANTA ROSA, CALIF.– HempNut Inc. announces the largest advertising campaign ever for a hempseed food. Over 20 million natural products consumers are expected to see the company’s striking and informative ads in 1999, tagged with the slogan “The Soybean of the New Millennium.”

“This is a very ambitious advertising program for the most well-known brand in hemp history, and very good news for the hemp industry,” said Richard Rose, Founder and President of HempNut, Inc. “It is classic consumer food brand marketing, which we’ve been doing for 20 years. In fact, we’ve done such a good job of it that some people erroneously think that the trademarked brand HempNut is actually a generic term for hulled hempseed!” Those efforts recently landed HempNut, Inc. a profile in Brandweek magazine, the trade journal for brand managers.

In addition to advertising, at least another 30 million people are expected to learn about HempNut and hempseed foods through the firm’s public relations campaign, already resulting in free stories and photos placed with important mainstream media. That’s in addition to a six-minute appearance by Richard Rose on The Roseanne Show (CBS-TV) on July 23, which had a higher-than-usual audience because it was immediately preceded on the west coast by the John Kennedy Jr. funeral.

Such educational efforts have long been considered critically necessary by the emerging hemp food industry, but until now no company or association has been able to allocate the resources to accomplish it. Many say that the hemp food story is one of the most under-reported food issues in America. With no THC, an incredible nutritional profile, and a compelling story, most people are converted once they hear it.

But getting the word out has not been easy. HempNut, Inc. placed over $150,000 worth of ads this year alone, and has spent over $30,000 on PR to educate people on the concept and brand. “Luckily we now have the right mix of products with the right marketing support and the right team to make this happen,” said Rose. “We’re proud to carry the torch for the industry, and to raise the bar a notch as far as quality and brand marketing are considered. Plus I’m grateful for the once-in-a-lifetime opportunity to introduce a new food to society, especially one as grand and noble as hulled hempseed.”

“HempNut” is HempNut, Inc’s trademarked brand of hulled hempseed, which is whole hempseed with the shell removed using a special machine. Both terms were coined by the firm. The company is also the leading marketer and oldest and largest importer of hulled hempseed, sourcing in Canada and Europe. HempNut is 36% essential fatty acids (Omega-3 and -6, the “good” fats) and 31% high-quality protein. It reportedly tastes similar to pine nut and looks like sesame seed. The firm was founded by Richard Rose, who has been a tofu industry pioneer since 1980, and introduced his first hemp food in 1994, called HempRella cheese alternative, followed by Hempeh Burger, a veggie burger.