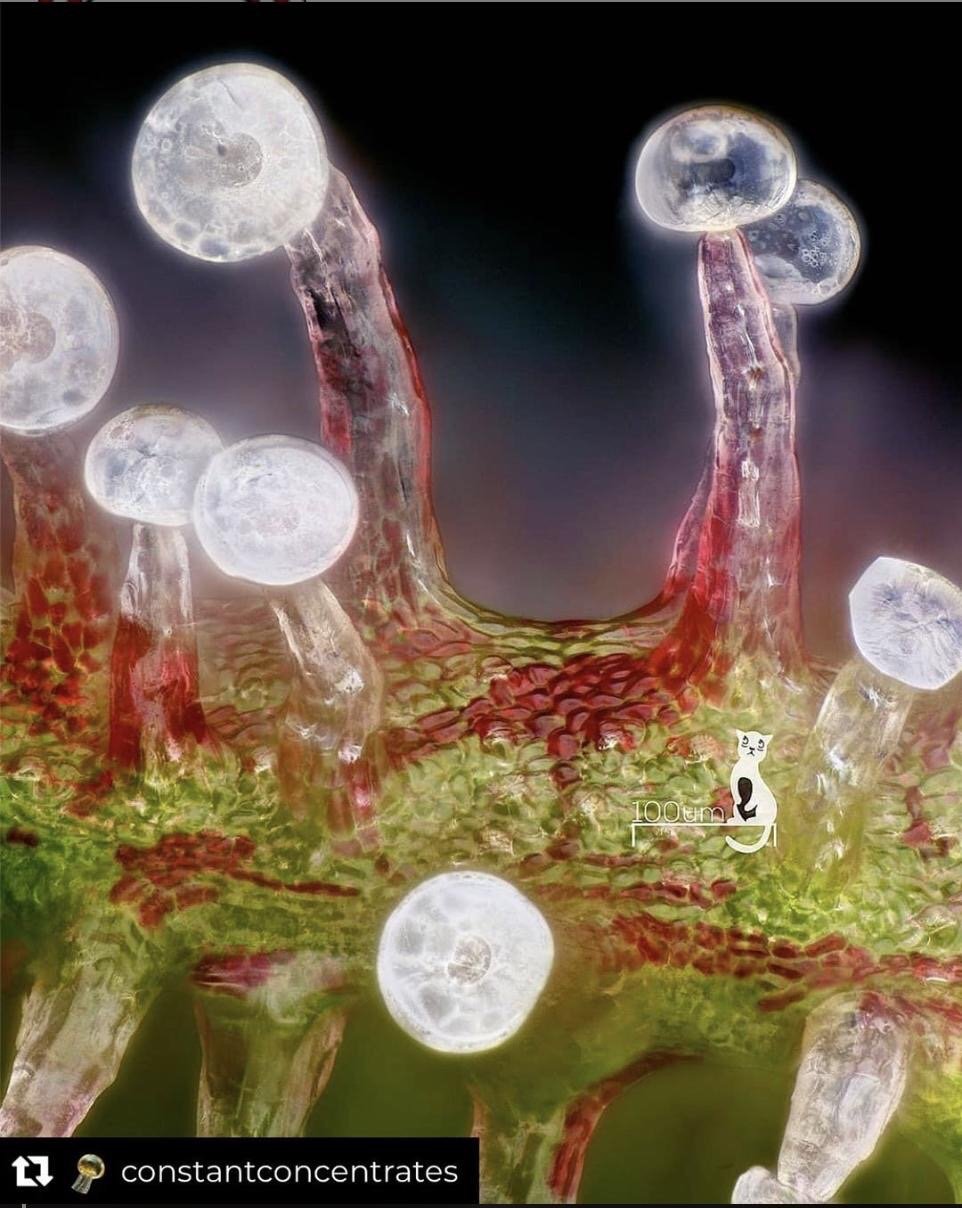 If you think there’s no THC in common Hempseed Oil, get ready for a Cognitive Dissonance: studies show there can be enough for a DUI

The 2018 Farm Bill legalized hemp products with a maximum of 3,000 ppm (0.3%) THC. In hemp, CBD content can be 20 to 50 times higher than THC content, thus as much as 4 to 15% “incidental” CBD and 0.3% THC is legal in the common hempseed oil sold in any store in the US. The legal limit in Canada is 10 ppm THC, and CBD is regulated like THC. The minimum psychoactive dose of delta9 THC is 2.5 milligrams.

Thus, 1 gram of 0.3% THC hempseed oil (1/4 teaspoon) could contain a minimum psychoactive dose but only in the absence of CBD, and in hemp CBD content is 20-50x higher.

The cut-off for drug tests is 50 ng/mL of THC, with a confirmatory test cut-off of 15. However, the cut-off for a Driving Under the Influence (DUI) criminal charge in Colorado is 5 ng/mL, and the DUI law in Canada is 2 ng/mL.

Where does the THC come from? It’s in the resin from the hemp flowers sticking to the outside of the seed shell (called “adherent”), and it gets into the oil when the seed is pressed.

“There’s no THC in hemp,” you say? Surprise, there could legally be as much as six pounds of THC in an acre of low-THC industrial hemp. Before the 2014 Farm Bill, there was no maximum, thanks to a 2004 Ninth Circuit Court of Appeals decision.

CBD companies could learn a lesson from decades of hempseed oil marketing: “don’t ask, don’t tell.” They never disclosed THC content, thus never were punished by regulators, because everyone pretended it was compliant. Hempseed Oil is typically misbranded as “Hemp Oil.” Health Canada punishes few such violations. FDA ignores it and accepted hempseed oil, cannabinoids and all, as Generally Recognized As Safe (GRAS) in December 2018.

To show how illogical it is measuring a metabolite instead of performance, many patients wake up with much more than 5 ng in the blood, but are not impaired. It’s a profoundly anti-scientific notion hell-bent on punishing patients and stoners, squeezing every last penny out of them as it clings to the lie of no medical value and high rate of abuse, regulated like HAZMAT.

The study Delta 9-Tetrahydrocannabinol Content of Commercially Available Hemp Products revealed 15 of 28 (54%) of the hempseed oils tested exceeded Health Canada’s 10 ppm maximum THC, with one as high as 117 ppm. A later study found all 8 of the oils tested exceeded Health Canada’s 10 ppm maximum. THCa in the urine of study participants was as high as 49 ng/mL 6 hours after a 1/2 oz dose (1 Tablespoon) of hempseed oil. Most of the oils tested were also members of the TestPledge program at the time, which had a voluntary 5 ppm maximum THC standard. None disclose THC content.

Clearly, drug test interference is possible. It’s a serious issue, as besides the heavy financial price of DUI criminal charge, the loss of career, children, freedom, job, blame for accidents, and more are at stake. That’s why consumption of hempseed oil is prohibited by the military and LEOs. The previous toxicology studies on hemp foods paid by the hemp industry assumed 5 ppm THC hempseed oil and a drug test cut-off of 15 ng/mL, whereas today it could be 225 ppm THC oil and a cut-off of 2 ng.

It’s such an issue that in the ’90s, despite a “zero THC” policy for my hemp foods, I advised those subject to drug tests to not consume them. That was because a momentary lapse of quality control by my supplier could have catastrophic consequences for them. And look at the chart, I was right: my HempNut Oil tested at 90.4 ppm, evidence of fraud by a supplier who submitted a clean test when shipped.

Incidentally, these microdoses of THC and CBD are not “bad,” toxic, intoxicating, or impairing, and low levels of THC is only very rarely psychoactive to the naïve. But they might be one reason why some find relief from inflammation and other conditions with hempseed oil. As little as one teaspoon (at these low levels of THC) can have significant protective and treatment effect against TBI, CTE, and concussion.

Health Canada appears to do no enforcement of their 10 ppm THC limit. But at the proposed limit of 2 ng/mL, might Canada be about to criminalize their entire hempseed oil industry, or will it try to clean it up like DEA’s Interpretive Rule in 2001 attempted?

This pulling-back of the curtain is an indictment of DUI THC laws not hemp, and hempseed oil producers can easily prevent it. Or not, as there are legitimate marketing and medical reasons for easy availability of relatively-high-cannabinoid hempseed oils sold freely in grocery stores with ill effects, just like they’ve always been.

Concentrations of THC, CBD, and CBN in commercial hemp seeds and hempseed oil sold in Korea

Detection of cannabinoids in hair after cosmetic application of hemp oil
“…33% of the group tested positive for the three major constituents, THC, CBN and CBD.”

Excretion of cannabinoids in urine after ingestion of cannabis seed oil.
“Gas chromatographic-mass spectrometric (GC-MS) quantitation of 25 cannabis sed oils determined Δ9-tetrahydrocannabinol (THC) concentrations from 3 to 1500 µg/g oil. In a pilot study, the morning urine of six volunteers who had ingested 11 or 22 g of the oil, which contained the highest THC content (1500 µg/g), was collected for six days. The urine samples were screened by immunoassay, and the content of 11-nor-9-carboxy-Δ9-THC (THCCOOH) was determined by GC-MS. Urine samples were found cannabis positive for up to six days with THCCOOH-equivalent concentrations up to 243 ng/ml, by the Abuscreen OnLine immunoassay and THCCOOH contents from 5 to 431 ng/mL by the GC-MS method. All subjects reported THC-specific psychotropic effects.”

A positive cannabinoids workplace drug test following the ingestion of commercially available hemp seed oil.
“A commercially available health food product of cold-pressed hemp seed oil ingested by one volunteer twice a day for 4 1/2 days (135 mL total). Urine specimens collected from the volunteer were subjected to standard workplace urine drug testing procedures, and the following concentrations of 11-nor-delta9- tetrahydrocannabinol carboxylic acid (9-THCA) were detected: 41 ng/mL 9-THCA at 45 h, 49 ng/mL at 69 h, and 55 ng/mL at 93 h. Ingestion was discontinued after 93 h, and the following concentrations were detected: 68 ng/mL at 108 h, 57 ng/mL at 117 h, 31 ng/mL at 126 h, and 20 ng/mL at 142 h. The first specimen that tested negative (50 ng/mL initial immunoassay test, 15 ng/mL confirmatory gas chromatographic-mass spectrometric test) was at 146 h, which was 53 h after the last hemp seed oil ingestion. Four subsequent specimens taken to 177 h were also negative. This study indicates that a workplace urine drug test positive for cannabinoids may arise from the consumption of commercially available cold-pressed hemp seed oil.”

Δ9-tetrahydrocannabivarin as a marker for ingestion of marijuana versus Marinol®: results of a clinical study

Urinary cannabinoid detection times after controlled oral administration of delta9-tetrahydrocannabinol to humans.
“At the federally mandated immunoassay cutoff (50 microg/L), mean detection rates were <0.2% during ingestion of the two low doses typical of current hemp oil THC concentrations. The two high doses produced mean detection rates of 23-46% with intermittent positive tests up to 118 h. Maximum metabolite concentrations were 5.4-38.2 microg/L for the low doses and 19.0-436 micro g/L for the high doses. Emit II, DRI, and CEDIA immunoassays had similar performance efficiencies of 92.8%, 95.2%, and 93.9%, respectively, but differed in sensitivity and specificity.”

Hemp oil ingestion causes positive urine tests for delta 9-tetrahydrocannabinol carboxylic acid.
“A hemp oil product (Hemp Liquid Gold) was purchased from a specialty food store. Fifteen milliliters was consumed by seven adult volunteers. Urine samples were taken from the subjects before ingestion and at 8, 24, and 48 h after the dose was taken. All specimens were screened by enzyme immunoassay with SYVA EMIT II THC 20, THC 50, and THC 100 kits. The tetrahydrocannabinol carboxylic acid (THCA) concentration was determined on all samples by gas chromatography-mass spectrometry (GC-MS) (5). A total of 18 postingestion samples were submitted. Fourteen of the samples screened above the 20-ng cutoff, seven were above the 50-ng cutoff, and two screened greater than the 100-ng cutoff. All of the postingestion samples showed the presence of THCA by GC-MS.”

Evaluating the impact of hemp food consumption on workplace drug tests.
“At a daily THC dose of 0.6 mg, one specimen screened positive. The highest THC-COOH level found by GC-MS in any of the specimens was 5.2 ng/mL, well below the 15-ng/mL confirmation cutoff used in federal drug testing programs. A THC intake of 0.6 mg/day is equivalent to the consumption of approximately 125 mL of hemp oil containing 5 microg/g of THC or 300 g of hulled seeds at 2 microg/g.”

One thought on “DUI From Hemp Oil?”