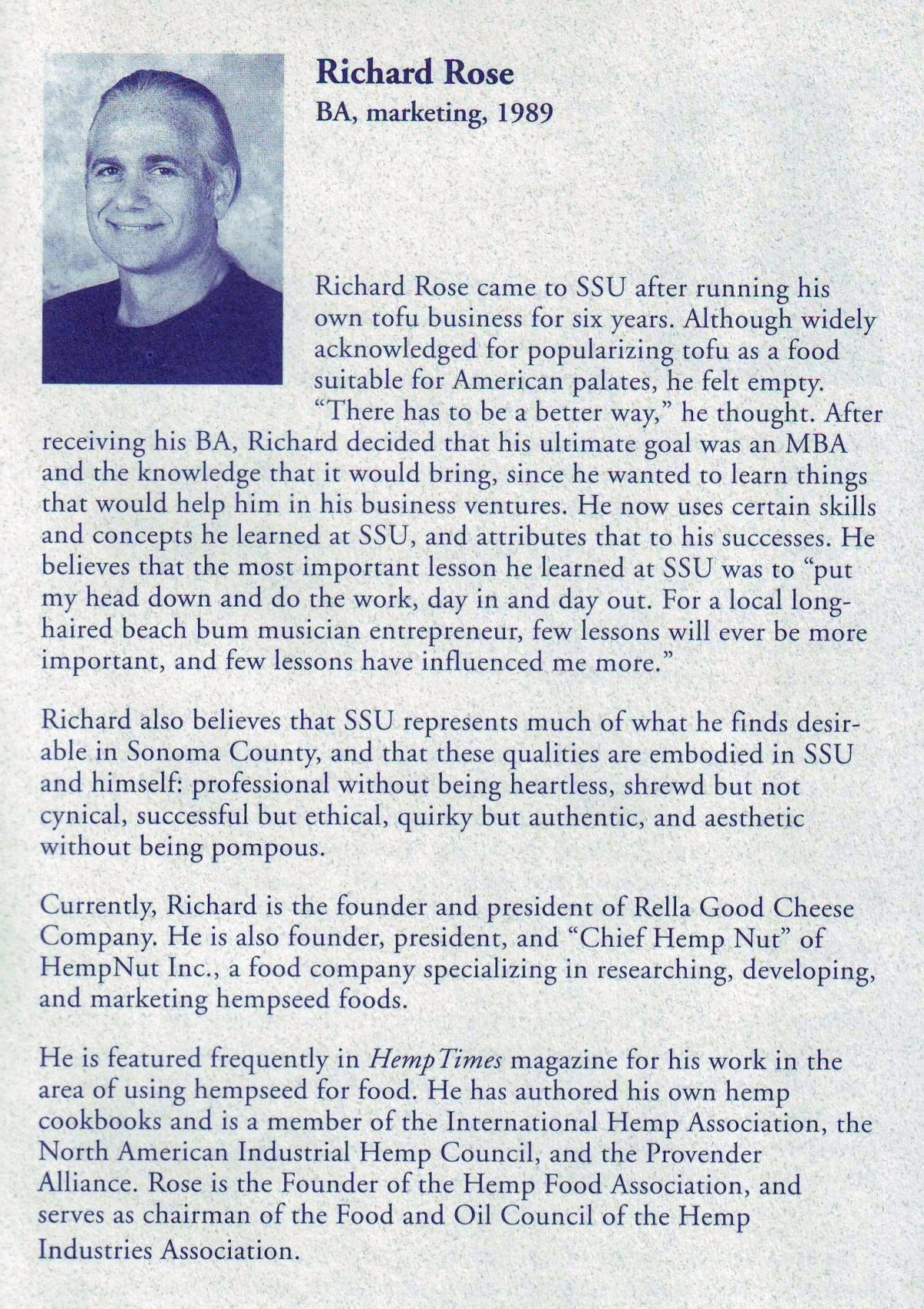 Richard Rose came to SSU after running his own tofu business for six years. Although widely acknowledged for popularizing tofu as a food suitable for American palates, he felt empty. “There has to be a better way,” he thought. After receiving his BA, Richard decided that his ultimate goal was an MBA and the knowledge that it would bring, since he wanted to learn things that would help him in his business ventures. He now uses certain skills and concepts he learned at SSU, and attributes that to his successes. He believes that the most important lesson he learned at SSU was to “put my head down and do the work, day in and day out. For a local long-haired beach bum musician entrepreneur, few lessons will ever be more important, and few lessons have influenced me more.”

Richard also believed that SSU represents much of what he finds desirable in Sonoma County, and that these qualities are embodied in SSU and himself: professional without being heartless, shrewd but not cynical, successful but ethical, quirky but authentic, and aesthetic without being pompous.

Currently, Richard is the founder and president of Rella Good Cheese Company. He is also founder, president, and “Chief Hemp Nut” of HempNut Inc., a food company specializing in researching, developing, and marketing hempseed foods.

He is featured frequently in Hemp Times magazine for his work in the area of using hempseed for food. He has authored his own hemp cookbooks and is a member of the International Hemp Association, the North American Industrial Hemp Council, and the Provender Alliance. Rose is the Founder of the Hemp Food Association, and serves as chairman of the Food and Oil Council of the Hemp Industries Association.