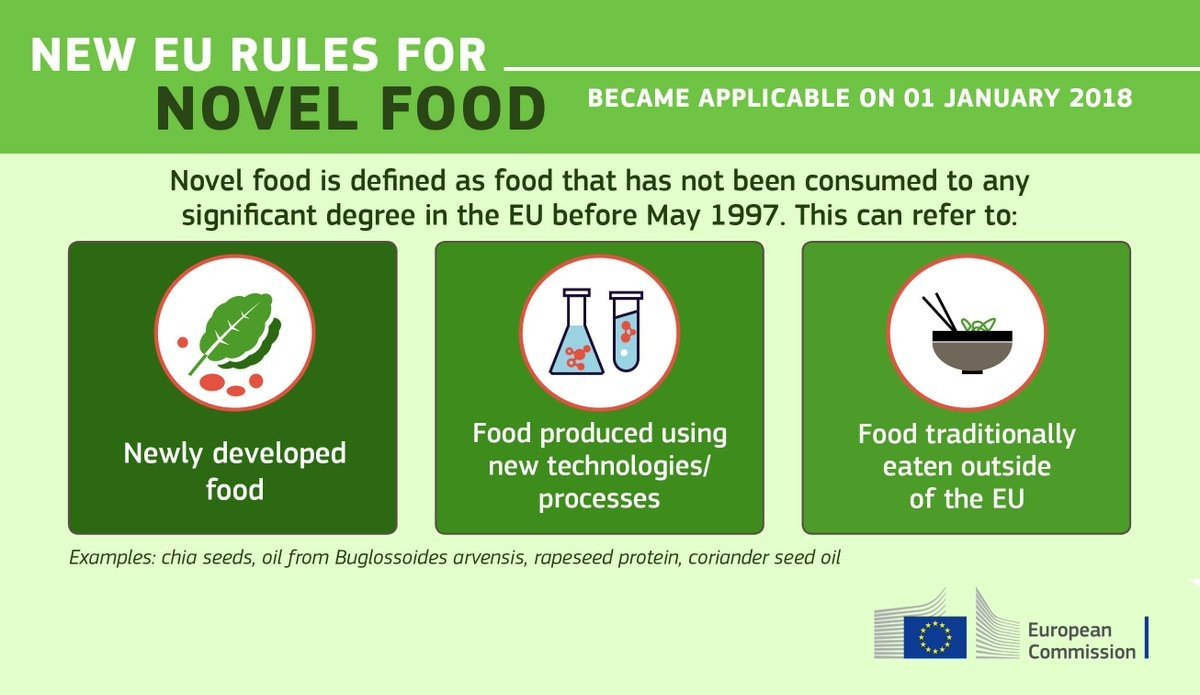 The European Novel Food (NF) application deadline for CBD products in the U.K. and E.U. is fast approaching. To comply, every company must submit an application for what amounts to the exact same thing, for each and every SKU.

The whole thing is odd as CBD has been in the human diet long before member nations even existed, and hempseed oil, which they knew contained CBD forever, is already an exempt NF thus so should be the CBD found in it. It’s a similar situation in the US, where hempseed oil is GRAS but not the CBD commonly found in it. However, an exemption would leave tens of millions of Euros in potential revenue for the associations and consultants on the table and level the playing field for all companies, big and small.

While I believe that lobbying, litigation, and a PR campaign is a better path, so many see it as a goldmine opportunity for them that it appears none of that will happen. That leaves you two options if you want to comply: pay them an unlimited amount of money for an unlimited amount of time, or submit it yourself. Not every company has millions to use to block their competition via NF status, so if you want to apply yourself here are a few free resources from the CannLib Collective. Why free, when everyone else is making beaucoup bucks? Because some of us want the Movement to progress more than we want to buy a yacht. We’re weird that way.

To apply you will need to prove that CBD (Cannabidiol) has been in the human diet in Europe before October 1997. Many of us have made that case many times over, dozens of examples. CBD is the main cannabinoid in hemp, and hempseed and oil have been in the human and animal diet for millennia. Short of extensive cleaning of the outside of the hempseed, the resin containing CBD (and THC) stuck to the shell gets into the food or oil. Thus, humans have been consuming CBD and lesser amounts of THC for a very long time, with no ill effects. I suspect that some of the benefits attributed to hempseed oil might even be from those trace cannabinoids.

Note that it is entirely possible and legal to have a NF-exempt food such as hempseed oil containing CBD which was not added, but is unavoidably and naturally present, thus not a NF. Also, if you sell only in your country, NF status is less an issue, depending on local regulators.

CBD in products is not a safety issue. The World Health Organization determined that pure CBD is “generally well tolerated with a good safety profile” and presents little risk of abuse or dependency potential, recreational use, or public health-related problems. Australia’s Therapeutic Goods Administration concluded that CBD “presents a good safety and tolerability profile at the low dose range of under 60mg/day.” United Kingdom’s Food Standards Agency determined that CBD products can be regulated and marketed as novel foods, provided they meet standards for safety and content, recommending a 70mg daily limit for healthy adults. And despite a notable increase in the use of these products, the number of adverse events reported to FDA continues to be remarkably low. No doubt regulators will counter that CBD was not in sufficiently-widespread use before 1997, but if CBD is a natural and unavoidable component of NF-exempt hempseed oil then that makes no sense.

If you’re short a few hundred thousand to a few million Euros and want to apply yourself, here are some documents to help you. It’s basically the same information the associations and consultants are using, except they are also doing a toxicology study on THC (not CBD), n=200. Time will tell if the Powers That Be will let you use that study also, or if they’ll require you to do your own redundant study.

Will this be required of the other 150+ cannabinoids? Time will tell, but it’s profoundly unfortunate that the associations rolled over on this so quickly and easily. The E.U. said “jump!” and they said “how high?” instead of pushing back on regulators opening gambit. That vastly degrades the potential political power of the industry, and eliminates a golden PR opportunity which otherwise would make every adult aware of CBD and half of them wanting to buy. I consider it a profoundly epic failure of leadership and vision, but a blank check in perpetuity is a heady incentive to not do the right thing. Never assume trade associations are working for consumers, patients, non-members or others in the larger industry or Movement. They all want to leverage government to create economic advantage for certain members. It’s called Regulatory Capture, and every trade group in every industry does it.

“We decide something, then put it in the room and wait for a while to see what happens. If there is no big shouting and no riots because most people do not understand what has been decided, then we go on – step by step until there is no going back.” Jean Claude Juncker in The Brussels Republic, “Der Spiegel,” December 27, 1999.

Documents on consumption of CBD prior to 1997 are included in this collection, as well as other documents providing context, the application process, and other aspects of NFs. The CannLib Novel Food Collection (NovelFood.zip) contains 66 PDFs, and is 87 megs zipped in size (94 megs unzipped). Most if not all are in the English language. The information here is for educational purposes only and is not to be considered financial or legal advice. There are no warranties whatsoever as to the legality, suitability, ownership, purpose, or accuracy of this information. This information is provided on an “as is,” “as available” basis without warranties of any kind, express or implied. Void where prohibited. Specifications subject to change without notice. All patents, trademarks, service marks, and copyrights are the property of their respective owners. If you don’t agree with the above please do not download it.