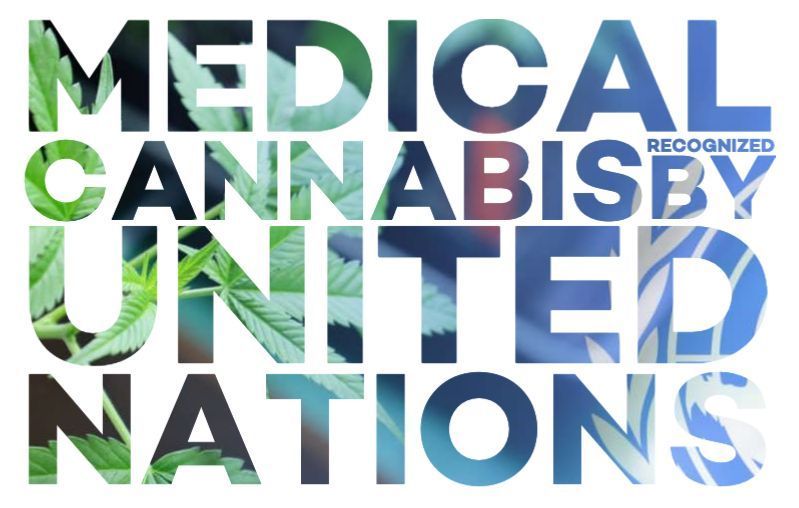 BREAKING NEWS – Today the United Nations took the bold step of removing cannabis from Schedule IV of the 1961 drug Convention treaty [1], 6 decades after its placement, recognizing the therapeutic value of this century-old medicinal plant and no longer considering it as “particularly liable to abuse and to produce ill effects.” The vote followed an independent scientific assessment undertaken by some of our world’s leading experts, convened by WHO in 2017-2018, where evidence and testimonials from all corners of the world were reviewed.

The move is even more important when you consider that cannabis was placed into Schedule IV without ever having been subject to any scientific assessment. Schedule IV for cannabis is a relic of the most extreme international drug laws inherited from 1950s morals and is representative of long discredited value systems connected to racism, intolerance, disrespect for indigenous peoples and cultures that were the hallmark of the colonial age.

The WHO has the sole responsibility in the treaty to issue these recommendations: today’s vote by governments gathered at the UN was required to pass them into international law. The removal from Schedule IV is, therefore, phenomenal news for millions of patients around the world and a historical victory of science over politics.

In addition to the removal from Schedule IV, beyond our expectations, WHO proposed an ambitious plan to harmonize and embed flexibility into the treaty framework for the access and availability of cannabis medicines. WHO endeavoured to create space for governments to adjust their national policies to fit their needs.

Although we believe correcting the record was inevitable – the overwhelming evidence would lead to no other outcome – government’s failure to accept the more advanced WHO proposals is disappointing and represents a lost opportunity to make the treaty best fit to purpose. However, none of today’s negative votes will result in any worsening of controls over cannabis whatsoever.

Some of these recommendations [3], which would have brought plant-based cannabis medicines into a more level-playing field with their synthetic copies (currently at advantage) actually had a good chance to be adopted… But in the last week the Pakistani ambassador (chairing the UN Commission tasked with the vote) applied brute force to the process by inserting a Russian proposal which led to the vote being held “in deviation from the standard rules of procedure” [4] –unprecedented in the 75 years of UN. A last recommendation on medical CBD [5] did not receive approval, leaving the substance unscheduled, and outside of treaty controls.

These changes to international law will take effect after each government receives their official notification from the UN Secretary-General. In case a country contests the vote, it would only delay the entry into force of the decision to March 2021, which would only serve to reinforce the historic character of this set of decisions since the Single Convention was adopted in New-York 60 year earlier, to the day, on 30 March 1961.