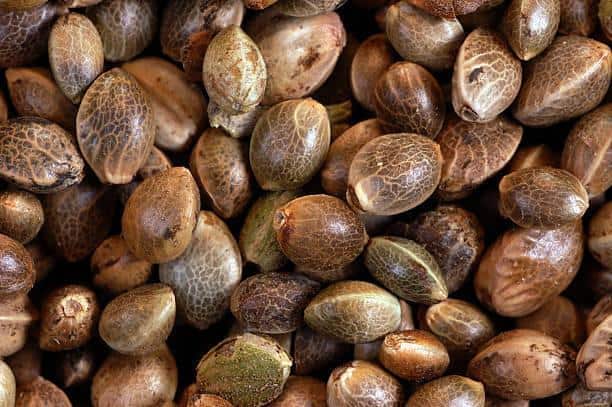 Despite 12,000 years of safe nontoxic use around the world, USDA does not yet recognize Hemp as an animal feed. Here are 11 recent studies on it:

High Fiber Cakes from Mediterranean Multipurpose Oilseeds as Protein Sources for Ruminants
Based on crude protein content and intestinal digestibility of rumen undegraded protein, cakes of tobacco and hemp showed the better potential as alternative protein supplements for ruminants.

Effect of Dietary Hemp Seed on Oxidative Status in Sows during Late Gestation and Lactation and Their Offspring
This study suggests the potential of hemp seed diet to improve the overall antioxidant status of the lactating sows and their progeny.

Whole blood transcriptome analysis in ewes fed with hemp seed supplemented diet
The hemp plant (Cannabis sativa L.) has a long tradition of being used for many different purposes such as industry, medicine and nutrition. In particular, because hemp seed (HS) is rich in oil protein and considerable amounts of dietary fiber, vitamins and minerals that are particularly suitable also for animal nutrition. Different studies have evaluated HS on qualitative and quantitative properties of livestock products but as of today, nobody has investigated the molecular pathway behind HS supplementation in farm animals. Thus, in this study, we will report the first RNA sequencing of the whole-blood transcriptome of ewes fed either with a controlled diet (CTR) or with a diet supplemented with 5% of hemp seed (HSG). These results indicate that HS supplementation positively affects the energy production pathway in lactating ewes conferring them also more resistance to adverse climatic conditions such as low temperature. Finally, the higher milk lactose content makes the derived dairy products more profitable.

Fatty acid profile and health lipid indices in the raw milk of ewes grazing part-time and hemp seed supplementation of lactating ewes
It was concluded that pasture grazing combined with hemp seed had a synergistic effect on milk production and fat yield without altering the milk protein content in ewes. This combination has favourable effects on milk FA profile from the human consumer’s point of view by increasing the nutritional quality of milk.

Effects of Temperature during Moist Heat Treatment on Ruminal Degradability and Intestinal Digestibility of Protein and Amino Acids in Hempseed Cake
The objective of this study was to evaluate ruminal degradability and intestinal digestibility of crude protein (CP) and amino acids (AA) in hempseed cake (HC) that were moist heat treated at different temperatures. There was a linear increase in RUP (p = 0.001) and intestinal digestibility of RUP (p = 0.003) with increasing temperature during heat treatment. The intestinal available dietary CP increased more than eight times. Increasing temperatures during heat treatment resulted in linear decreases in ruminal degradability of total AA (p = 0.006) and individual AA (p<0.05) and an increase in intestinal digestibility that could be explained both by a linear and a quadratic model for total AA and most individual AA (p<0.05). It is concluded that moist heat treatment at 130°C did not overprotect the CP of HC and could be used to shift the site of CP and AA digestion from the rumen to the small intestine. This may increase the value of HC as a protein supplement for ruminants.